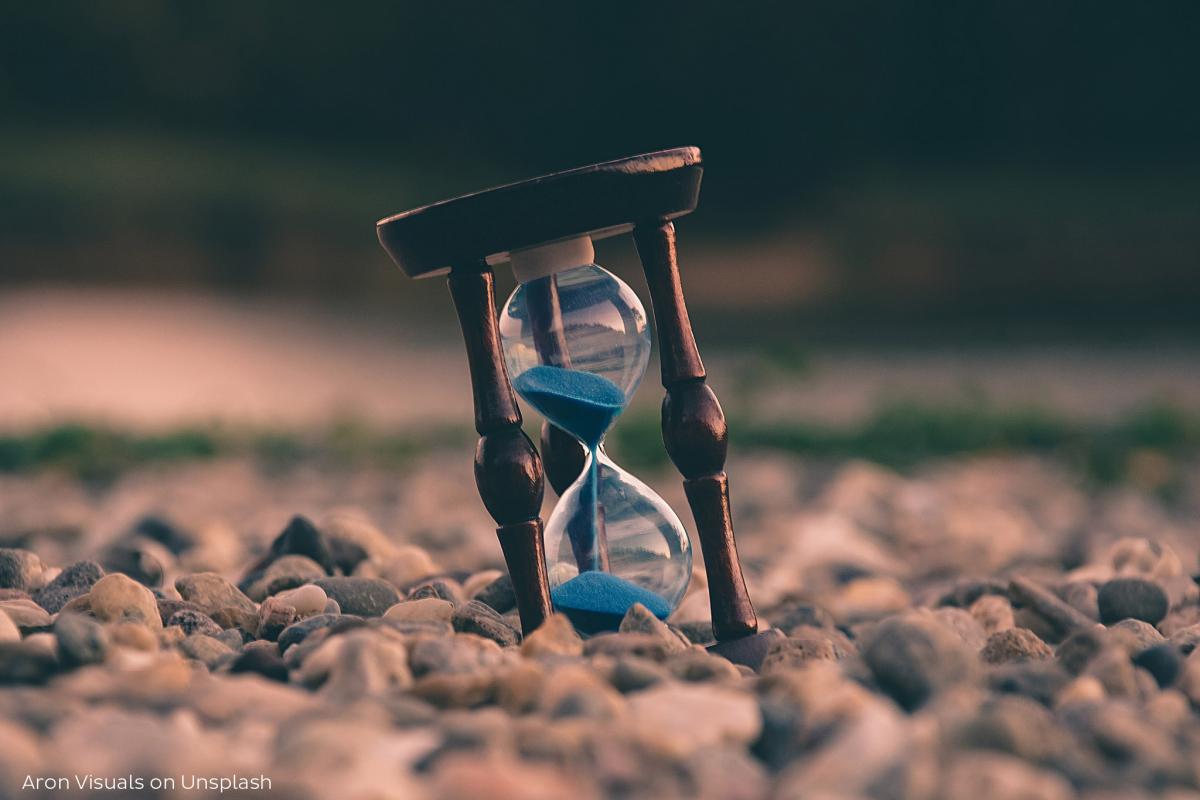 When it comes to race or time-trial pacing, most athletes are well aware that tearing off like a bat out of hell might produce a good time for the first few miles, but as lactate-induced fatigue steadily accumulates, the resulting drop in performance that follows will more than undo any gains accrued earlier on. However, if the initial pace is too leisurely early on, the time lost in the early stages of the race will be difficult if not impossible to make up in the later stages. For these reasons, a fairly even pacing strategy throughout a race or time trial (with an increased pace during the final 3-4 minutes when the penalty of lactate accumulation is negated by crossing the finish line) is popular among competitors, and one for which some previous research suggests produces lower levels of physiological stress and perceived effort.

Is even pacing really better?

Although an even pacing strategy (apart from the final push for the line) seems intuitively sensible, it actually turns out that when the goal is to achieve the fastest possible time (almost always!), an even pacing strategy might not be best after all. In a British study on cyclists, researchers found that adopting an uneven, parabolic distribution of work (faster start, slighter slower mid section, increasing to a faster finish), enabled the cyclists to achieve a higher average intensity, with lower physiological stress compared to subsequent matched even-paced riding. Meanwhile a study by Greek researchers investigating 2000m rowing performance also found that employing a parabolic pacing strategy allowed rowers to cover the distance at higher stroke rate and in faster times for no greater physiological stress compared to an even pacing strategy. In fact, when you look more broadly at the recent literature on pacing, the evidence in favour of an even pacing strategy is extremely weak.

Regardless of which overall pacing strategy (eg parabolic, even, negative etc) produces the most superior performance, one pacing strategy that you might assume is most definitely counterproductive is one where the pace unintentionally varies up and down. After all, what possible benefit could there be by straying from a desired pace – one that the athlete believes is best at that point in the race or time trial for his/her performance? Remarkably however, brand new research by Dutch scientists on time-trial pacing published in the International Journal of Sports Physiology and Performance suggests that continuous variations in pace could actual help athletes seeking maximum performance.

The premise behind this research was that during self-paced time trials (ie not rigidly following a clock or power meter), previous studies have shown that cyclists exhibit unconscious variations in their power outputs – of up to 10% above and below their average pace. What the researchers wanted to investigate was whether these variations are simply flaws/imperfections in a pacing strategy, or whether there might be some kind of physiological or psychological advantage to varying pace during a time-trial situation.

To investigate this phenomenon, nine trained cyclists were recruited and asked to complete three 10km time trials on three separate occasions. The first time trial was self-paced; the cyclists were simply told to complete the time trial as quickly as possible without following any predetermined pacing strategy. From this self-paced time trial, each cyclist’s average power output was recorded. The following two time trials used this average power output to guide pacing but in different ways:

1: Even-pacing time trial – the cyclists were instructed to constantly maintain an even workload without power variations. That workload set was determined as the average workload achieved in the self-paced test.

2: Variable-pacing time trial – the cyclists were instructed to vary their pace at different times through the time trial, sometimes increasing workload by 10% of the average achieved in the self-paced trial and sometimes decreasing it by 10%. These variations in pace were balanced however to ensure the overall workload was exactly the same as the even-paced trial.

During both these time trials, the cyclists’ cardiorespiratory and neuromuscular responses were carefully monitored, along with their psychological responses – particularly perception of effort. 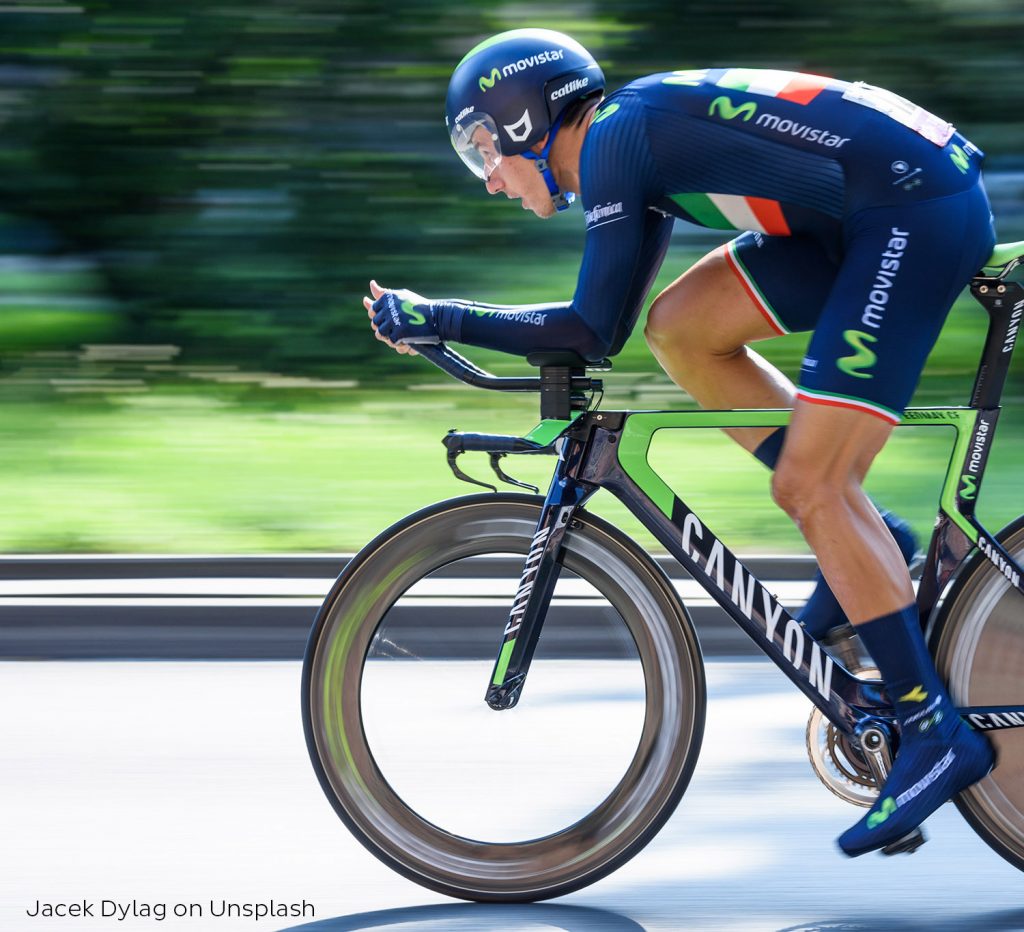 Regardless of whether an even or a variable pacing strategy was used, the data showed that there were no real differences in the cyclists physiological responses to the time trials; the cardiorespiratory and neuromuscular variables varied so minimally as to be insignificant. There was however a very big difference in the rate of perceived exertion (RPE) for the tasks. 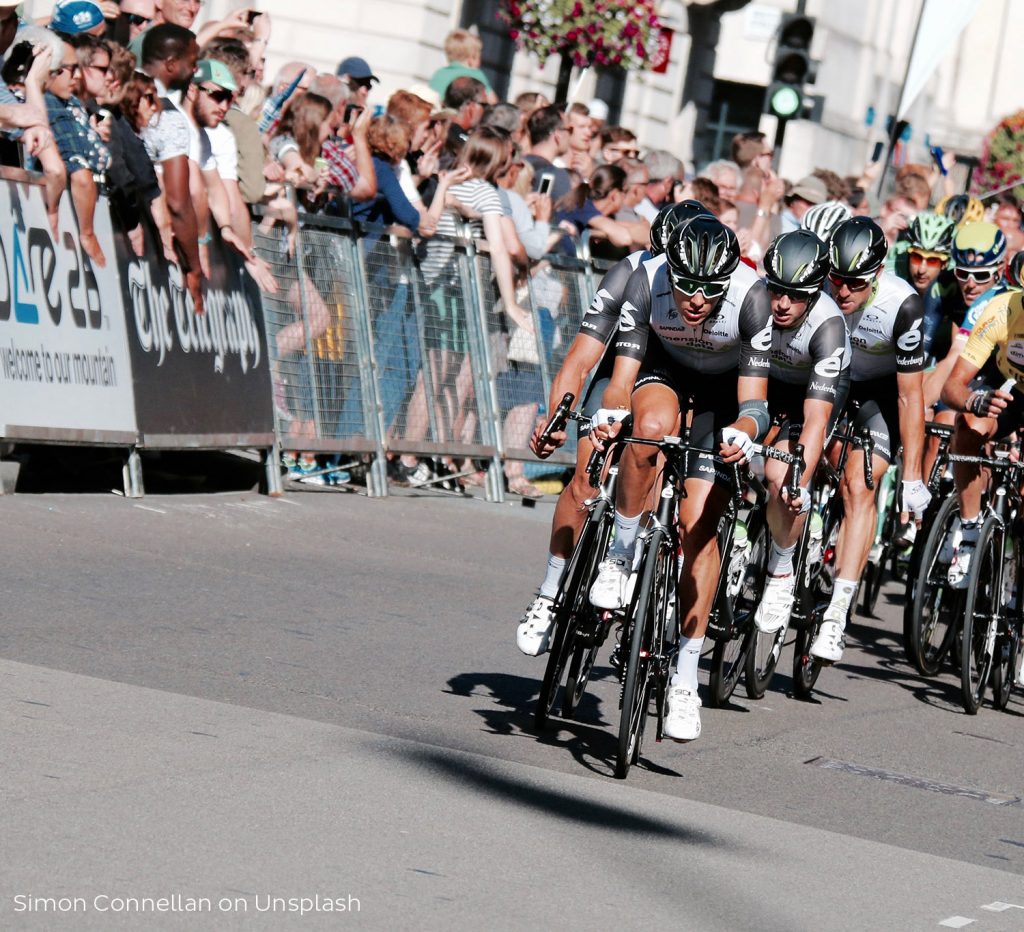 When the variable-pacing strategy was employed, the perceived exertion (using a standardised scale) averaged 6.13. However, the even-pacing strategy resulted in an RPE of 6.75 – noticeably and significantly higher. In short, the same overall workload and distance performed using a variable pace resulted in a significantly lower perception of effort.

..previous studies have shown that cyclists exhibit unconscious variations in their power outputs – of up to 10% above and below their average pace..

Despite some of the early research suggesting an even pacing strategy could lead to reduced perception of effort, these and other recent findings firmly contradict that notion. A pace that varies slightly during a time trial appears to lead not only to potentially faster times, but also to reduced perceived effort for a given level of performance. Why should this be the case? The answer is we don’t know. One possibility is related to the fact that sensations of fatigue and effort are very powerfully regulated by the brain, rather than by what is happening chemically within muscles – the so-called ‘Central Governor’ effect.

It could be that a variable pace is the default operating mode for the brain, which is constantly processing changing emotional, environmental and physiological input/feedback. Since the brain is the master controller at managing fatigue and perception of effort, trying to override the brain’s desire to subtly vary pace according to varying inputs could lead to greater perceived fatigue. More research on this topic is needed, but in the meantime, it seems that athletes whose sports involve time trial events have little to gain and potentially more to lose by trying to shoehorn themselves into an even pacing strategy.