WE LEARNED QUICKLY TO RESPECT THE OCEAN AND THAT RESPECT ONLY HAS TO WORK ONE WAY…THE OCEAN DOES NOT HAVE TO RESPECT YOU.

Take yourself back to the morning of 31st May this year – did you set out on a particularly tough training session that day or was it perhaps a day off training? Imagine then that you’ve stepped into a boat and are steadily rowing towards Brooklyn Bridge – the start line of the World’s Most Dangerous Row with nothing but the North Atlantic Ocean between you and the English Coast. Hard to imagine? That could be down to the fact that until this incredible team of four set off, only fifty-seven people in history had ever actually achieved a successful crossing of this epic, unforgiving ocean.

Why did they want to do it? The crossing has been attempted a total of 72 times (with 29 successes, 43 failures) and one which has sadly taken 6 ocean rowers lives. They faced a relentless rowing routine of two hours rowing and two hours resting for up to 60 days. Whilst battling the ferocious weather systems of the North Atlantic; huge freezing swells over the Mid Atlantic Ridge; sleep deprivation; sea sickness and the constant war against being wet, cold and hungry for its entirety; the team had one aim – to raise awareness for the Plastic Oceans and the Royal Marines Charity.

This is no ordinary row, and the causes which these men wanted to raise money and awareness for in completing this challenge, are no ordinary causes. And who are the team? What had compelled these four individuals to come together and attempt such a huge feat for these causes? Read on for a mini-bio of the team members and why they wanted to be part of team Ocean Revival Adventures. 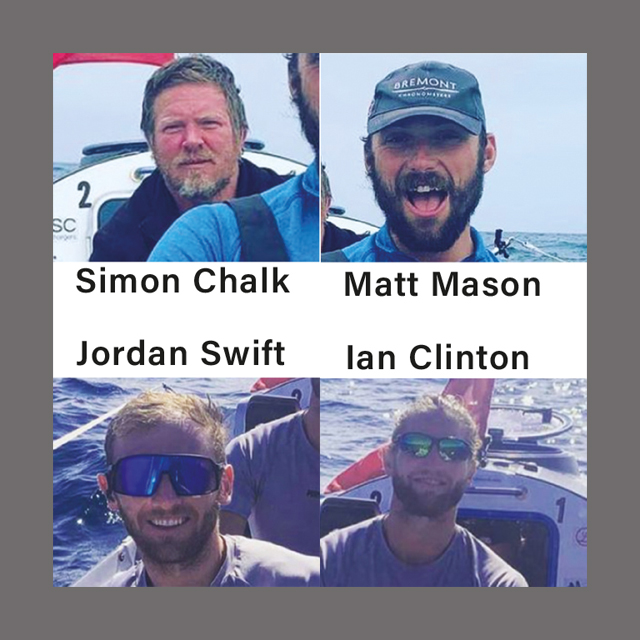 Simon Chalk is arguably the worlds most experienced ocean rower. To date he has rowed the Atlantic seven times and the Indian twice, skippering all number of crews and holds lots of Guinness World Records for his endeavours, including the ‘most ocean rows by one person’. He was awarded a Top Ten place in the Daily Telegraph ‘Adventurer of the Decade 2000-2010’.

Matt Mason is a serving Royal Marine Commando; he has completed three tours of Afghanistan, Counter Piracy and Narcotic Operations in the Middle East, as well as training multiple foreign forces around both Africa and the Gulf. Matt also completed a Mid Atlantic Ocean row in 2014, in a time of 32 days and 22 hours.

Jordan Swift is a present serving commissioned Officer in the Royal Marines. He has been deployed on a variety of overseas deployments and is currently employed as a Troop Commander within 45 Commando Royal Marines. A keen triathlete, Jordan has represented his home borough of Chorley as well as the Royal Marines at an array of competitions.

Ian Clinton is a former Royal Marine Commando and now works as an offshore NDT technician. He relishes in the physical challenges in life and has competed in various triathlons and marathons with his greatest achievement being Ironman Wales, finishing 13th in his age category. Through his love of scuba diving Ian has witnessed the problem of plastic pollution both under and above water and is an advocate of the say no to plastic cause. 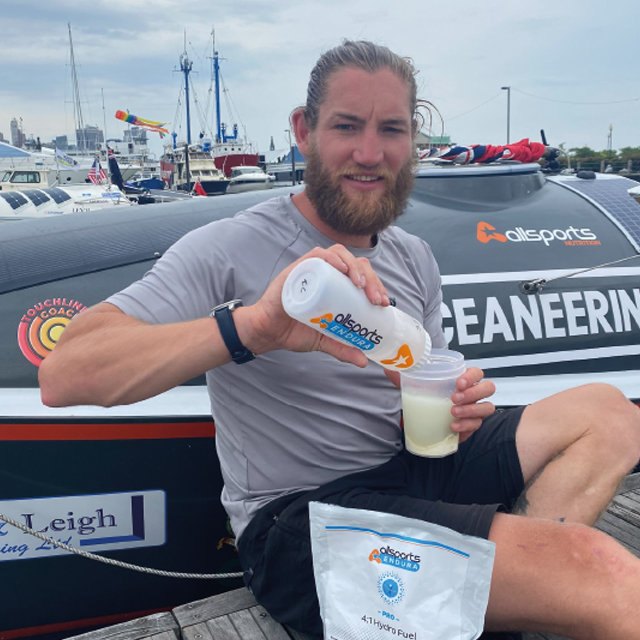 THE ALLSPORTS SUPPLEMENTS WERE GREAT AND ENSURED THAT WE STAYED HYDRATED THROUGHOUT THE CROSSING! ESPECIALLY AT THE START OF THE CROSSING WHERE WE EXPERIENCED HIGHER TEMPERATURES