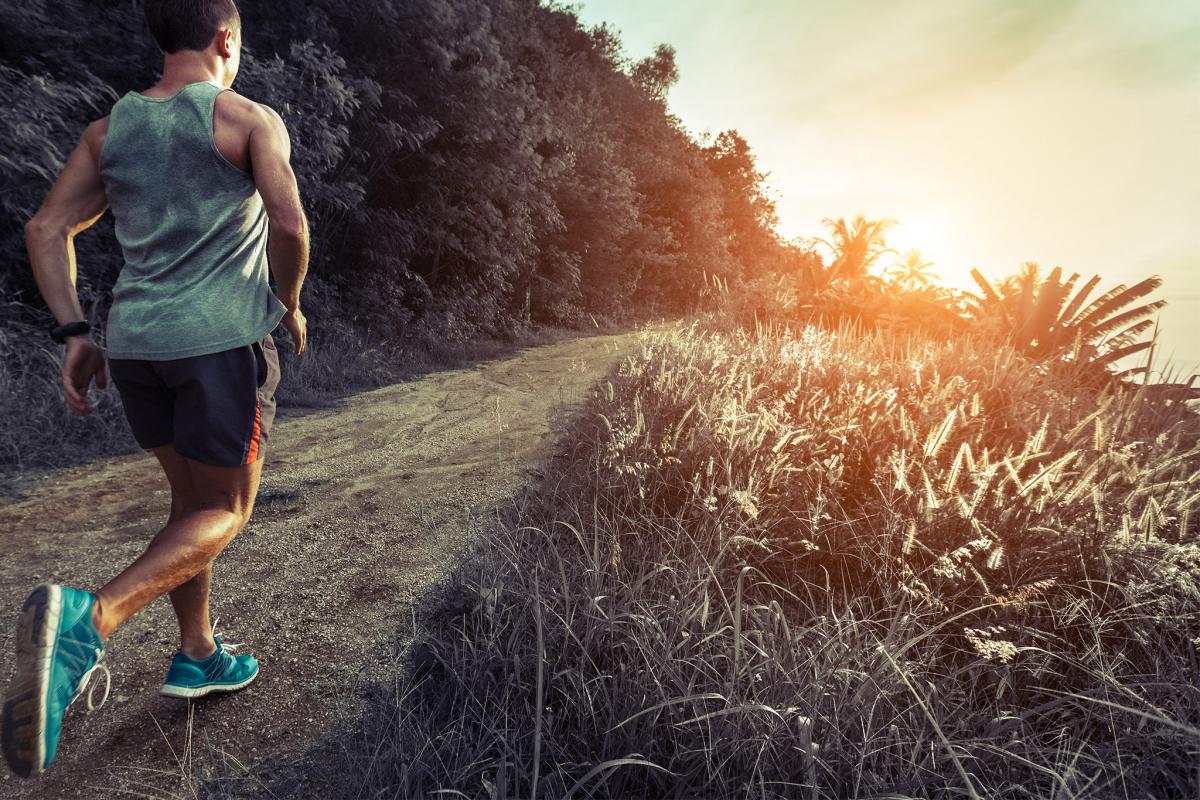 30th September 2020
Share
Fat burning is a very popular and often-used term among endurance athletes. But is it really important to burn fat – and, if so, how can it best be achieved? Allsports looks at what the research says...

The term ‘fat burning’ refers to the ability to oxidise (or burn) fat, and thus to use fat – instead of carbohydrate – as a fuel. Fat burning is often associated with weight loss, decreases in body fat and increases in lean body mass all of which can be advantageous for an athlete.

It is known that well-trained endurance athletes have an increased capacity to oxidise fatty acids. This enables them to use fat as a fuel when their carbohydrate stores become limited. In contrast, patients with obesity, insulin resistance and type II diabetes may have an impaired capacity to oxidise fat. As a result, fatty acids may be stored in their muscles and in other tissues. This accumulation of lipid and its metabolites in the muscle may interfere with the insulin-signalling cascade and cause insulin resistance. It is therefore important to understand the factors that regulate fat metabolism, and the ways to increase fat oxidation in patients and athletes.

Fats are stored mostly in (subcutaneous) adipose tissue, but we also have small stores in the muscle itself (intramuscular triglycerides). At the onset of exercise, neuronal (beta-adrenergic) stimulation will increase lipolysis (the breakdown of fats into fatty acids and glycerol) in adipose tissue and muscle. Catecholamines such as adrenaline and noradrenaline may also rise and contribute to the stimulation of lipolysis.

Fat oxidation is regulated at various steps of this process. Lipolysis is affected by many factors but is mostly regulated by hormones (stimulated by catecholamines and inhibited by insulin). The transport of fatty acids is also dependent on blood supply to the adipose and muscle tissues, as well as the uptake of fatty acids into the muscle and into the mitochondria. By inhibiting mobilisation of fatty acids or the transport of these fatty acids, we can reduce fat metabolism. However, are there also ways in which we can stimulate these steps and promote fat metabolism?

However, the inter-individual variation is very large. A trained person may have his or her maximal fat oxidation at 70%VO2max or 45%VO2max, and the only way to really find out is to perform one of these Fatmax tests in the laboratory. However, in reality, the exact intensity at which fat oxidation peaks may not be that important, because within 5-10% of this intensity (or 10-15 beats per minute), fat oxidation will be similarly high, and only when the intensity is 20% or so higher will fat oxidation drop rapidly (see figure 1).

This exercise intensity (Fatmax) or ‘zone’ may have importance for weight-loss programmes, health-related exercise programmes, and endurance training. However, very little research has been done. Recently we used this intensity in a training study with obese individuals.

Compared with interval training, their fat oxidation (and insulin sensitivity) improved more after four weeks steady-state exercise (three times per week) at an intensity that equalled their individual Fatmax.

Endurance athletes have often used exercise without breakfast as a way to increase the fat-oxidative capacity of the muscle. Recently, a study was performed at the University of Leuven in Belgium, in which scientists investigated the effect of a six-week endurance training programme carried out for three days per week, each session lasting one to two hours. The participants trained in either the fasted or carbohydrate-fed state.

When training was conducted in the fasted state, the researchers observed a decrease in muscle glycogen use, while the activity of various proteins involved in fat metabolism was increased. However, fat oxidation during exercise was the same in the two groups. It is possible, though, that there are small but significant changes in fat metabolism after fasted training; but, in this study, changes in fat oxidation might have been masked by the fact that these subjects received carbohydrate during their experimental trials. It must also be noted that training after an overnight fast may reduce your exercise capacity and may therefore only be suitable for low- to moderate- intensity exercise sessions. The efficacy of such training for weight reduction is also not known.

It has long been established that oxidation becomes increasingly important as exercise progresses. During ultra-endurance exercise, fat oxidation can reach peaks of 1 gram per minute, although fat oxidation may be reduced if carbohydrate is ingested before or during exercise. In terms of weight loss, the duration of exercise may be one of the key factors as it is also the most effective way to increase energy expenditure.

The exercise modality also has an effect on fat oxidation. Fat oxidation has been shown to be higher for a given oxygen uptake during walking and running, compared with cycling. The reason for this is not known, but it has been suggested that it is related to the greater power output per muscle fibre in cycling compared to that in running.

Although some studies in the literature have found no gender differences in metabolism, the majority of studies now indicate higher rates of fat oxidation in women. In a study that compared 150 men and 150 women over a wide range of exercise intensities, it was shown that the women had higher rates of fat oxidation over the entire range of intensities, and that their fat oxidation peaked at a slightly higher intensity. The differences, however, are small and may not be of any physiological significance. 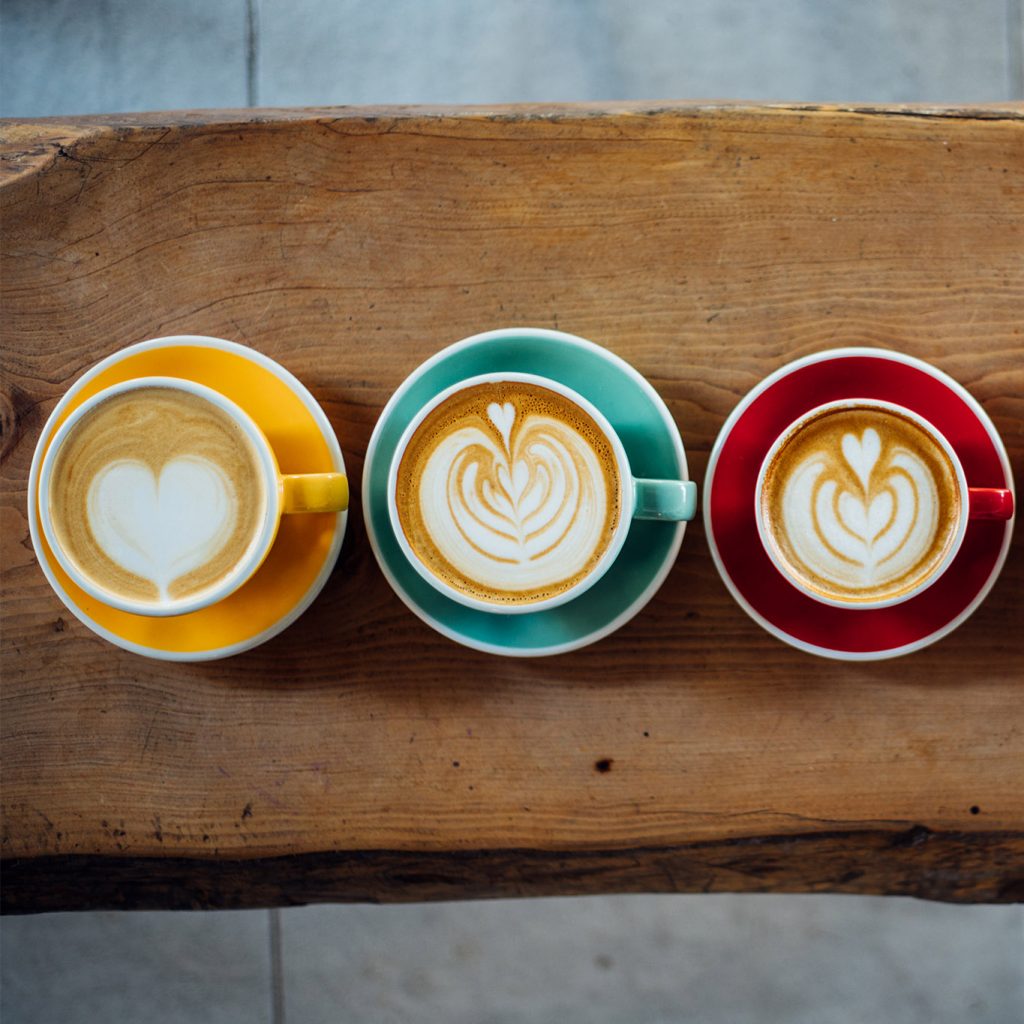 Caffeine stimulates lipolysis and the mobilisation of fats. These actions might occur indirectly (by increasing the circulating catecholamine levels), or directly, by antagonising receptors that normally inhibit lipase and fat oxidation. In some cases this can increase fat oxidation.

It is known that exercise in a hot environment will increase glycogen use and reduce fat oxidation, and something similar can be observed at high altitude.

Environmental conditions can also influence the type of fuel used. It is known that exercise in a hot environment will increase glycogen use and reduce fat oxidation, and something similar can be observed at high altitude. Similarly, when it is extremely cold, and especially when shivering, carbohydrate metabolism appears to be stimulated at the expense of fat metabolism.

At present, the only proven way to increase fat oxidation during exercise is to perform regular physical activity. Exercise training will up-regulate the enzymes of the fat oxidation pathways, increase mitochondrial mass, increase blood flow, etc., all of which will enable higher rates of fat oxidation.

Research has shown that as little as four weeks of regular exercise (three times per week for 30-60 minutes) can increase fat oxidation rates and cause favourable enzymatic changes.

In one study scientists investigated maximal rates of fat oxidation in 300 subjects with varying fitness levels. In this study, they had obese and sedentary individuals, as well as professional cyclists. VO2max ranged from 20.9 to 82.4ml/kg/min. Interestingly, although there was a correlation between maximal fat oxidation and maximal oxygen uptake, at an individual level, fitness cannot be used to predict fat oxidation. What this means is that there are some obese individuals that have similar fat oxidation rates to professional cyclists! The large inter-individual variation is related to factors such as diet and gender, but remains in large part unexplained.

Fat burning is often associated with weight loss, decreases in body fat and increases in lean body mass. However, it must be noted that such changes in body weight and body composition can only be achieved with a negative energy balance: you have to eat fewer calories than you expend, independent of the fuels you use! The optimal exercise type, intensity, and duration for weight loss are still unclear. Current recommendations are mostly focused on increasing energy expenditure and increasing exercise volumes. Finding the optimal intensity for fat oxidation might aid in losing weight (fat loss) and in weight maintenance, but evidence for this is currently lacking.

It is also important to realise that the amount of fat oxidised during exercise is only small. Fat oxidation rates are on average 0.5 grams per min at the optimal exercise intensity. So in order to oxidise 1kg of fat mass, more than 33 hours of exercise is required! Walking or running exercise around 50-65% of VO2max seems to be an optimal intensity to oxidise fat. The duration of exercise, however, plays a crucial role, with an increasing importance of fat oxidation with longer exercise. Of course, this also has the potential to increase daily energy expenditure. If exercise is the only intervention used, the main goal is usually to increase energy expenditure and reduce body fat. When combined with a diet programme, however, it is mainly used to counteract the decrease in fat oxidation often seen after weight loss.

Related products
Registered in England No. 2164942