1.Whose idea was the challenge initially?

It was Oli and Charles’s idea in a pub one night, they thought it looked like a great endurance event, and much more challenging than rowing across the Atlantic, due to the complex nature of tides, wind, currents, shipping, buoyage, navigation and weather routing. Also the timing of July 2020 coincided with our summer break from University which was ideal.

2. What challenges did you face in the preparation for setting off?

Our biggest challenge was the Lockdown, meaning we couldn’t train on the boat at all so did not have very much experience before we set off. The economic downturn and the fact that so many businesses are facing financial challenges with COVID-19, meant that finding sponsors for our expedition was incredibly difficult. We are very grateful for the support we received from Allsports Nutrition who made it possible for us to continue. 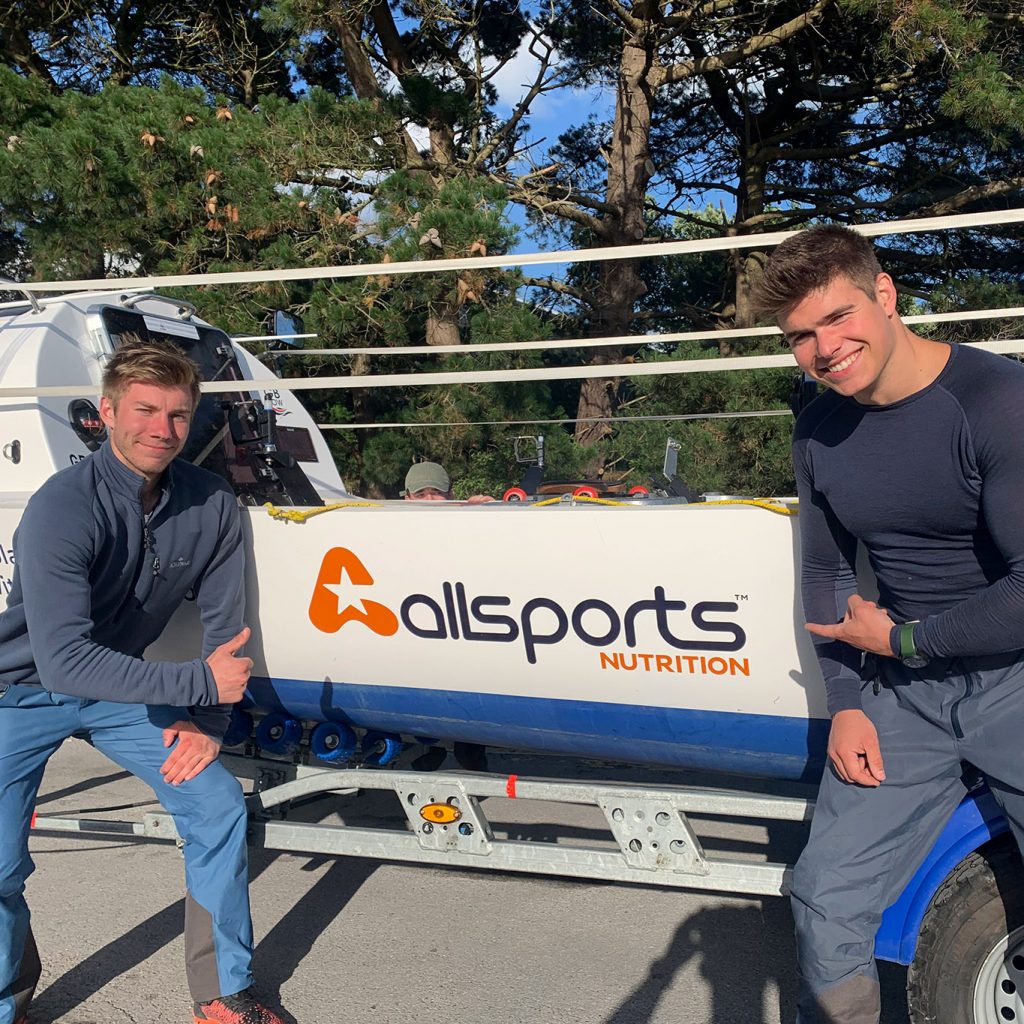 Harry and Arthur amid preparations for the challenge.

3. How much daily training did you do and for how long prior to setting off did you train for?

We were lucky enough to start training for the row 9 months prior and learnt to row at our University rowing clubs. We trained for 3-4 hours a day usually with two sessions a day, one aerobic rowing session and a strength weight session. In the last 3 months of training we moved into more metabolic conditioning workouts and weighted endurance workouts, which were more Crossfit style and would normally take 2 hours. We also lengthened our aerobic cardio sessions to 2 hours long to replicate a shift on the oars.

4. How did you motivate yourselves during lockdown to continue training when there was uncertainty about a set-off date?

We were always motivated by our supporters and our two charities, so many people had shown their belief and confidence in us and we were never prepared to let them down.

5. You are the youngest team to ever complete this challenge – do you feel like age played a part in your success?

We never really contemplated our age, we only focused on the task. Our naivety and determination at the start helped us to take on every task with the faith we would hopefully succeed with persistence and hard work. In the end our stubbornness and commitment got us through. 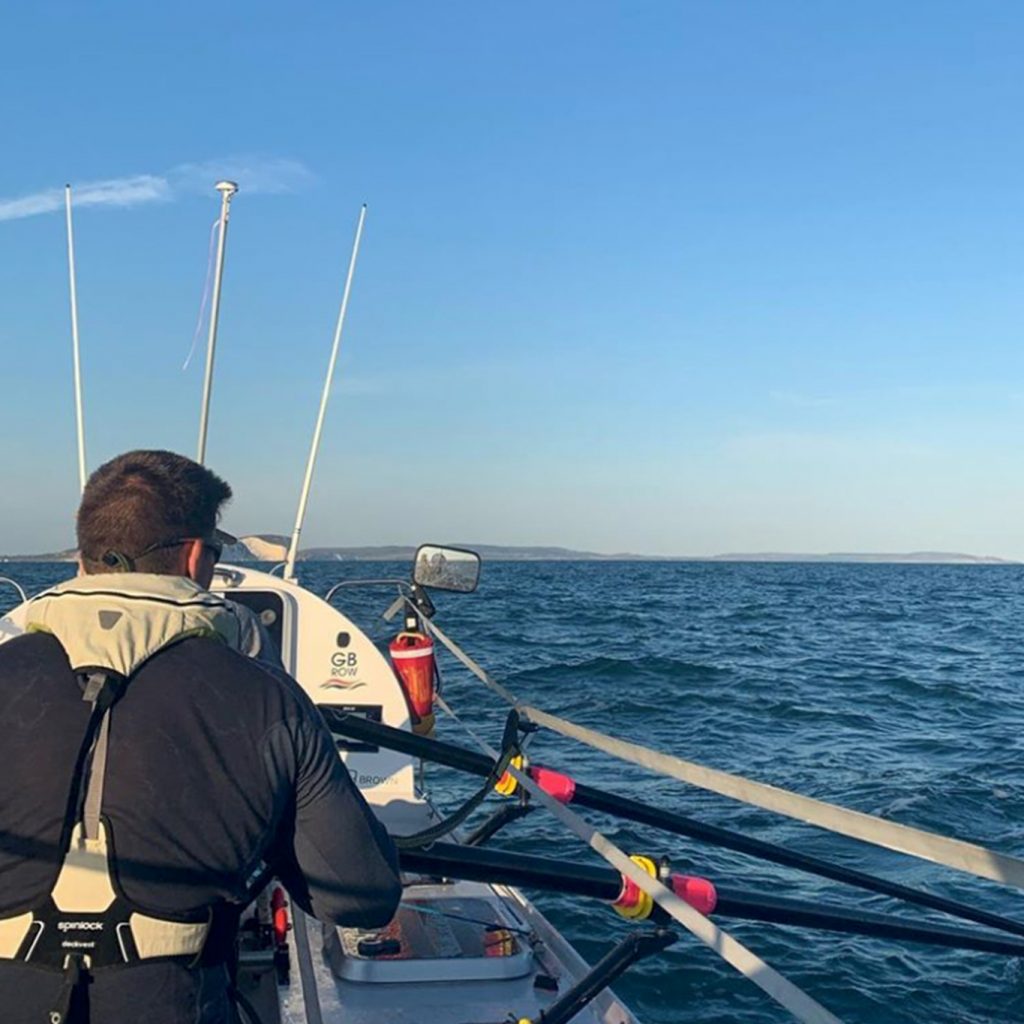 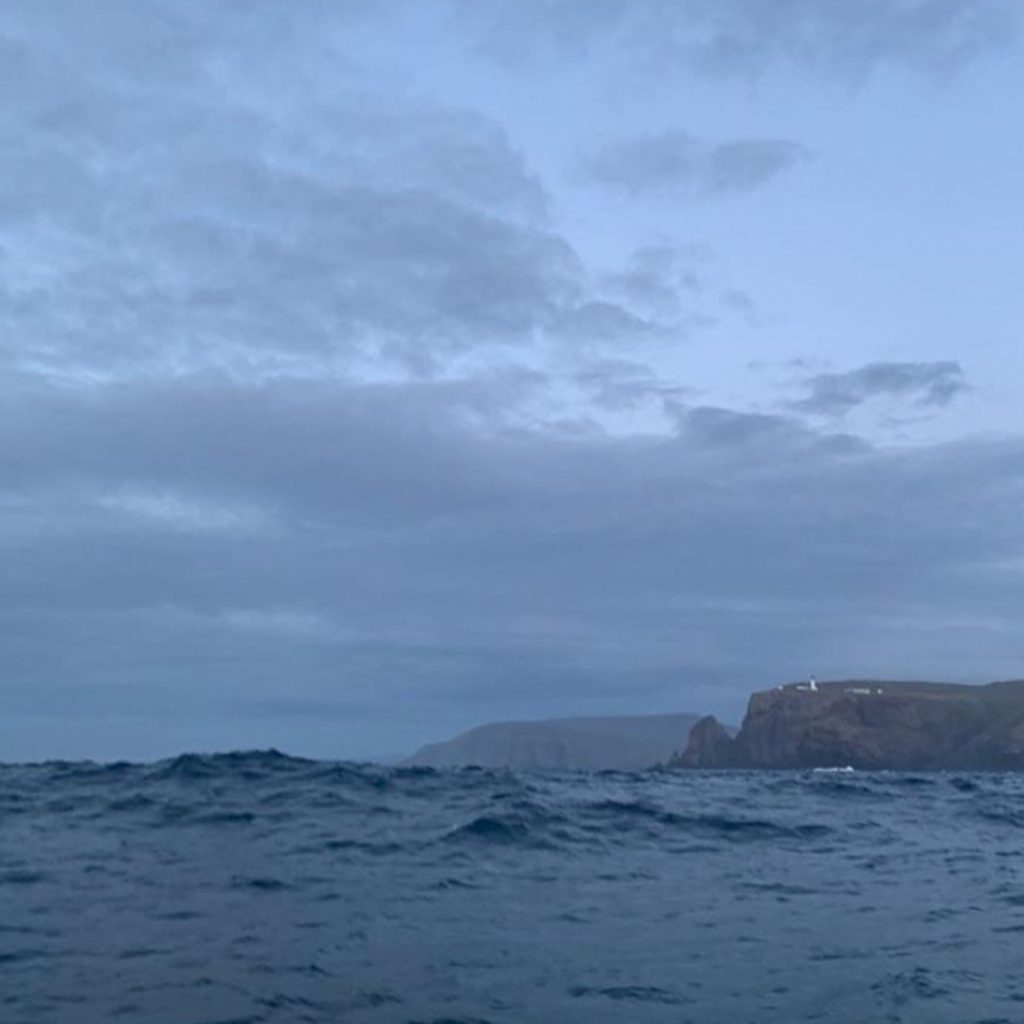 6. What was the hardest part of the challenge and how did you get through it?

Harry: Lyme Bay. A roughly 20-hour stint once we rounded Portland Bill, battling a headwind and in significant swell that made rowing quite challenging. We crawled along at less than 2 knots all afternoon, all night, and arrived at Beer Head, safely past Chesil Beach, at about 9am. We had had to row 3-up just to make such slow progress, so it was a long night of 2 hours on, 40 minutes off with no sleep – I crashed in the cabin as soon as the anchor was down for some desperately needed sleep! I think it was our mutual – but unspoken – understanding of the importance of teamwork that got us through passages like this one: I knew the others relied on me, as much as I relied on them, so we couldn’t afford to not be each pulling our own weight. My ABBA playlist also came in particularly handy going across Lyme Bay in the early hours…!

Oli: The first few days were tough, we battled the prevailing conditions and did not yet have the experience and foresight to know we could not beat the weather.

Arthur: The 18 hour row from the shipping lanes in the North Sea on the 2nd day in a Force 7 gale was a baptism of fire. We were all feeling sea sick so did not eat for 36 hours, our bodies were running on empty and we had to push hard on the oars to fight against adverse tide pushing us back into the shipping lane. The combination of exhaustion and disbelief that this was only day 2 added to the difficulty of this part.

7. What was your best moment (apart from finishing!)?

Harry: Either of the short passages through the Kyle Rhea and the Pentland Firth. Both have massively strong tides, so we were lucky in both instances to enjoy calm weather through these key squeeze points. I’d been slightly apprehensive about both of them, not knowing how much 8 or more knots of tide would affect the boat, so it was a mixture of relief and total enjoyment as we passed through, pulling as hard as we could to try and break the 10 knot threshold. Brilliant fun.

Oli: Going around Cape Wrath was a moment I’ll never forget, it was the first point I really knew we could finish. We always believed we would but this was the point our belief started to become reality.

Arthur: Getting past Cape Wrath was a turning a point for me as this was the most exposed part of the row and we had huge swells from the Atlantic, a magnificent sunset and the knowledge that we were soon to turn east for the first time. This was the first time I felt we were getting closer to coming home. 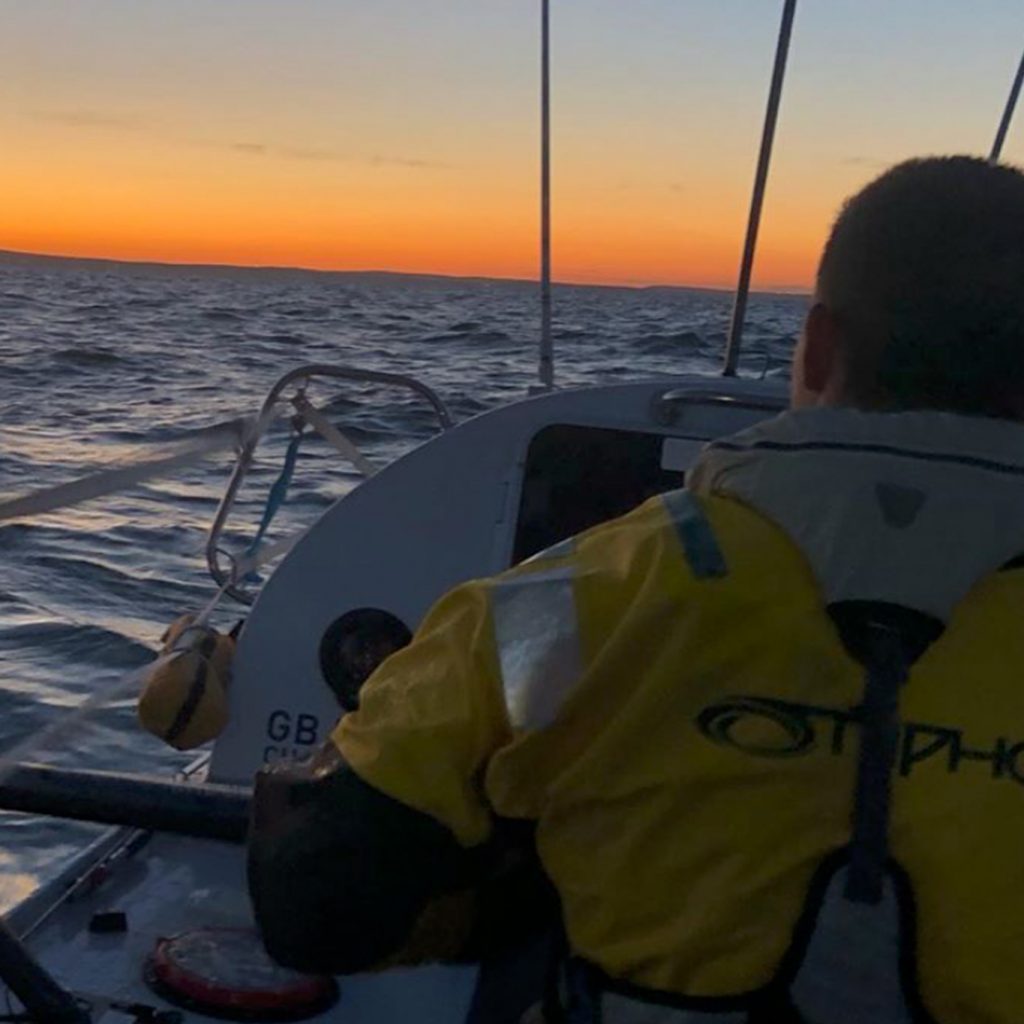 Rowing before dawn in some calm(ish) waters.

8. Have you done any events previously that compare to this one?

None of us had ever done anything like this before, as rowing round GB is utterly unique and presents a host of challenges that can be found nowhere else. It’s the combination of physical exertion/exhaustion and the mental stresses of weather planning, navigation and route selection.

9. What mentally got you through this challenge?

Harry: It’s easy to be really daunted by massive endurance challenges like a circumnavigation of Britain. It becomes so much more manageable when you focus on the next day, the next tide, or even just the next two-hour shift on the oars. I found I didn’t worry too much then about our overall progress, but just treated each small chunk almost like a little training row. I think I’ve read from endurance athletes that breaking long challenges into smaller sections is a good idea for the mental battle, and it seemed to help me!

Not being too crushed by these kinds of challenges is also something that definitely comes more easily with experience, so I was glad I’d done some long treks in the past, sometimes in fairly nasty weather, that conditioned me to physical hardship and operating on limited sleep.

Oli: I never once thought we couldn’t, I always had faith in the team that we would and could finish.

Arthur: Cheerfulness for me was the key and always trying to be positive when being on the oars. This made a real difference in rowing performance as well because if you are happy then the whole challenge seems less daunting and the time on the oars become almost enjoyable.

Cheerfulness for me was the key and always trying to be positive when being on the oars. This made a real difference in rowing performance as well

10. What was your daily nutrition plan whilst on the water and did this change during time at anchor?

We ate four freeze dried meals a day, we also had a lot of snacks, adding up to about of 4500cals. Hydration was difficult as we often had to ration water because it was not possible to make it, but what we did drink always was mixed with SR3 isotonic powder which was amazing and replaced all out lost salts and electrolytes. We used the 4:1 Hydrofuel as a meal replacement and was very useful on the oars to sustain our energy levels.

11. Any other epic challenges on the horizon?

We all have some ideas but at the moment we are recovering and getting back into training. We all share a passion for the mountains so that may be our next challenge.

12. Do you have any advice for anyone thinking of doing the GB Row Challenge 2021?

Take the time to prepare and train for all eventualities. Seek as much advice as you can get. You may never be entirely prepared for a challenge like this but go into it with the confidence that you and the equipment you have can stand up to the test. Its an unbelievable challenge but one that shouldn’t be taken on light heartedly.